Posted by: FROZ October 29, 2014 in Funny, Miscellaneous Leave a comment

Iphone 6 Cases – As a popular idiom points out, love makes the world go round. You never know when the latter will strike, and while many beautiful romances start in the most unexpected places, chances are that you’re probably not aware that one of your most faithful and devoted everyday companions can be confronted to it at any moment too, just the way you could. 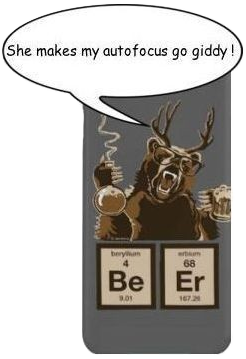 Indeed, until today did you acknowledge that quietly tucked into your jean’s back pocket or timidly cradled in your handbag, your iPhone 6 could see the course of its life spin out of control following one of your daily encounters?

Each Iphone 6’s temper is greatly influenced by its owner’s, so may it suddenly find itself side by side with another on a table at a trendy café terrace, on your local pub’s counter or even in the gloom of a cozy night stand, bear in mind that the sparkle could occur. It’s up to you to keep its safety in mind at all times; and that’s where iPhone 6 cases kick-in.

Better safe than sorry is the name of the game here. Whatever its personality, may you be the proud holder of a queen of the night diva, a delicate hopeless romantic, an androgynous hipster, a financial shark, an avid athlete or even a mischievous bad boy, no exceptions should be made. 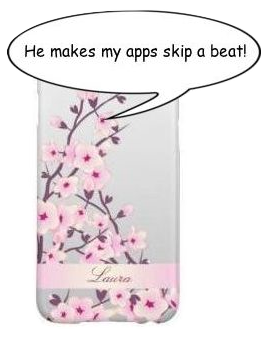 When Laura and Jeff first met – please note that names have been changed in order to preserve anonymity – absolutely nothing could of predicted what destiny had in store for them.

As declared by Laura herself “The first time I met Jeff on a coffee table during a housewarming party, he just appeared to me as yet another arrogant and full of himself iPhone like many I had came across before him”, and as far as Jeff was concerned, things didn’t look all that conclusive either “I was hitting it off with a group of fun and chatty iPhones when suddenly Laura appeared next to me, the kind of iPhone I usually don’t even acknowledge, the introvert and precious type who just stays there silent giving you a judgmental look”. As weeks went by though, both their owners started spending more and more time together, and inevitably so did Laura and Jeff.

After a while, under the pressure of the situation they finally started chatting, exchanging banalities at first but slowly getting to know one another, and surprisingly they ended up growing very fond of each other not to say addicted. Then one night without warning, both Apple products ended up side to side on a night table and the light grew dim… both were lucky though as obviously their owners were both conscientious and had treated them to new iPhone 6 Plus cases a few days before.
“Without those it would have been a big NO WAY” admitted Laura at the end of the interview.

Previous: Merry Hump day – Overviewing the midweek with a smirk
Next: Halloween funnies – A Trick or giggle collection