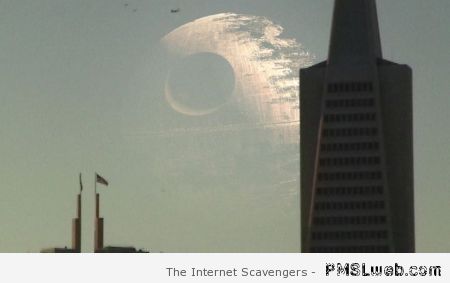 Death Star above San Francisco – While any Star Wars fan would probably feel his heart skip a beat at the very idea of seeing the Death Star (a moon-sized Imperial military battlestation for those of you who finally just regained civilization after spending a 30 years as a hermit in the woods ) one day appear above his house at first – with or without prior warning -, why not try and make an honest approach of the situation. If it was really to occur, and given what we know – the preliminary reaction put aside – are you sure that it’s truly something you really would want to experience? 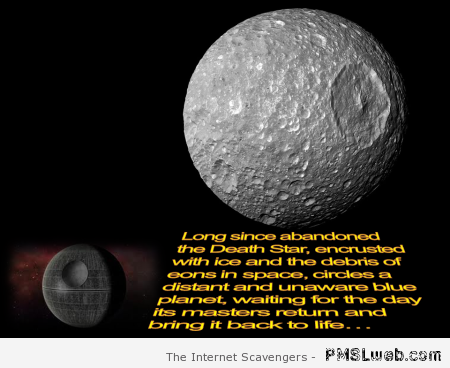 The day the Death Star appeared over San Francisco and the reaction among the population….