Hump Day Fun – a dash of cheek to enhance your Wednesday

Hump Day Fun – Ok so Hump day faithfully knocks once more at your door with his gleaming eye? The best solution here is to just roll with it, as all resistance would just end up being futile anyway. Let’s face it, Wednesday isn’t really a nasty bugger come to think of it; put yourself in his shoes, while he ... END_OF_DOCUMENT_TOKEN_TO_BE_REPLACED

Tuesday Funnies – With the Halloween spirit almost hitting its peak now, the time has come to get the wickedness pumping in order to make sure that we’re meeting the requirements linked to this specific holiday. Naughty but not nasty, slightly crude but not rude, crazy but not downer, cheeky but not douche… just to give a general direction to ... END_OF_DOCUMENT_TOKEN_TO_BE_REPLACED 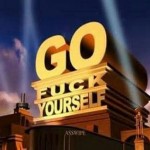 Laughter troops deployment maneuver - As fierce and evil can be our archenemy Monday, various rescue squads are being launched all over the web in order to minimize the damage caused by the latter. Nonetheless, it seems important to remind the population that whatever you do, you must not in any case let him get to you! Do not listen ... END_OF_DOCUMENT_TOKEN_TO_BE_REPLACED 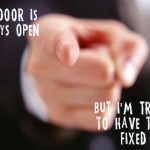 The Sacred giggles collection - In the Greek mythology, a character whom is only rarely mentioned is Gelos (Risus in Latin), the latter being known as the God of Laughter – weirdly, the word “Daimon” is also used here, go figure… Legend points out that Gelos had the power of making anyone laugh, by words, touch or even by thought, ... END_OF_DOCUMENT_TOKEN_TO_BE_REPLACED

A TGIF collection of guffaws – Friday welcomes you… 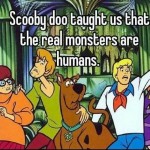 TGIF collection of guffaws – Long story short it’s Friday, and while for a number of you the business week is now just a vague souvenir, most of us still have a handful of hours to get through before reaching the “Holy Grail” – not to mention what we will decide to fill it up with! Whatever category you fit ... END_OF_DOCUMENT_TOKEN_TO_BE_REPLACED

Happy Friday Eve -Thirsty Thursday is here and by now spirits should slightly be picking-up. We are now officially one week away from Halloween and in two months from now will actively be putting all our Christmas Eve plans into practice. Our schedules are seriously about to get overbooked with various hectic festivities making their appearances left and right, so ... END_OF_DOCUMENT_TOKEN_TO_BE_REPLACED