Epic Fail on the news: Watching nude girls at work

Posted by: FROZ February 2, 2012 in Funny Leave a comment

Epic Fail on the news – Breaking financial news live on channel 7 Brisbane, Macquarie’s official interest remains at 3.75%. As one could suspect, Macquarie’s bank traders evidently are true professionals and as you will see on the video below, one very hard working and dedicated man in the background is giving a few nude pictures of supermodel Miranda Kerr a thorough analyze, not realizing a split second that he was ‘on air’ of course… the magic starts at 00.58 and once he actually is informed of what’s going on the reaction is priceless.

Apparently David Kiely – who probably became the most famous bank trader online since – finally got to keep his job, and even ended up getting the support of Miranda Kerr herself who signed the ‘Save Dave’ petition that was started shortly after the live broadcast when his future in the company became uncertain. 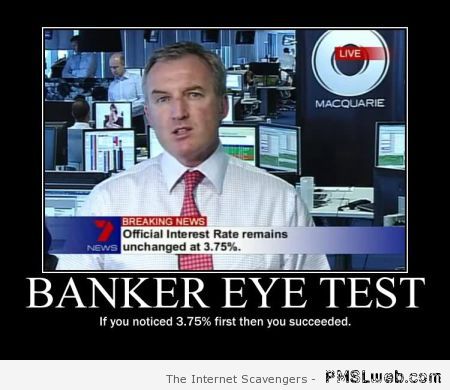